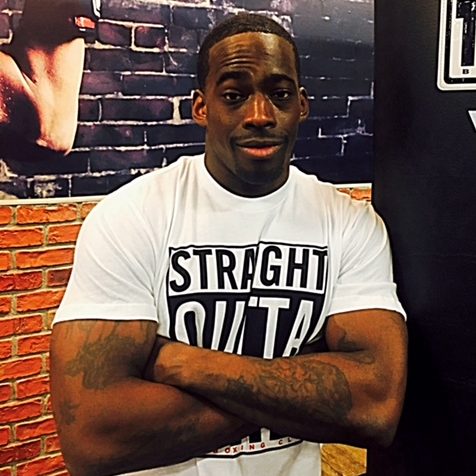 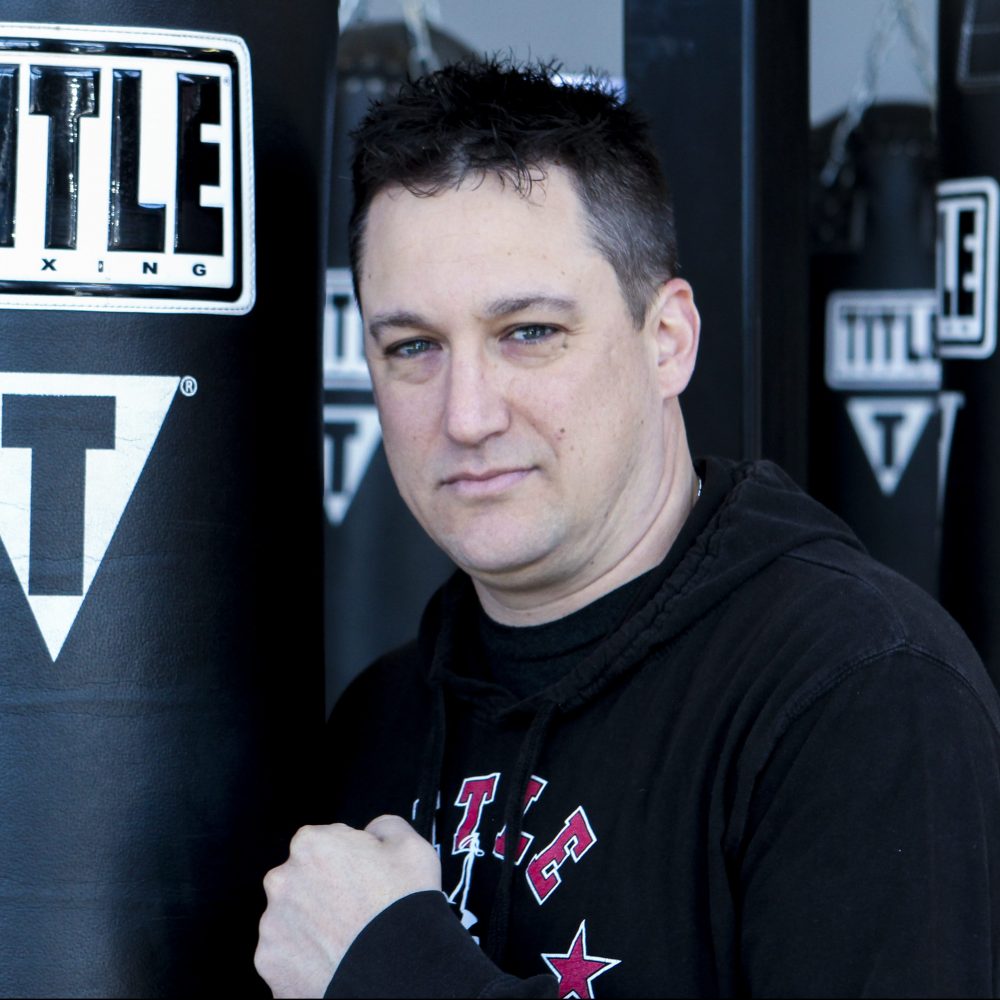 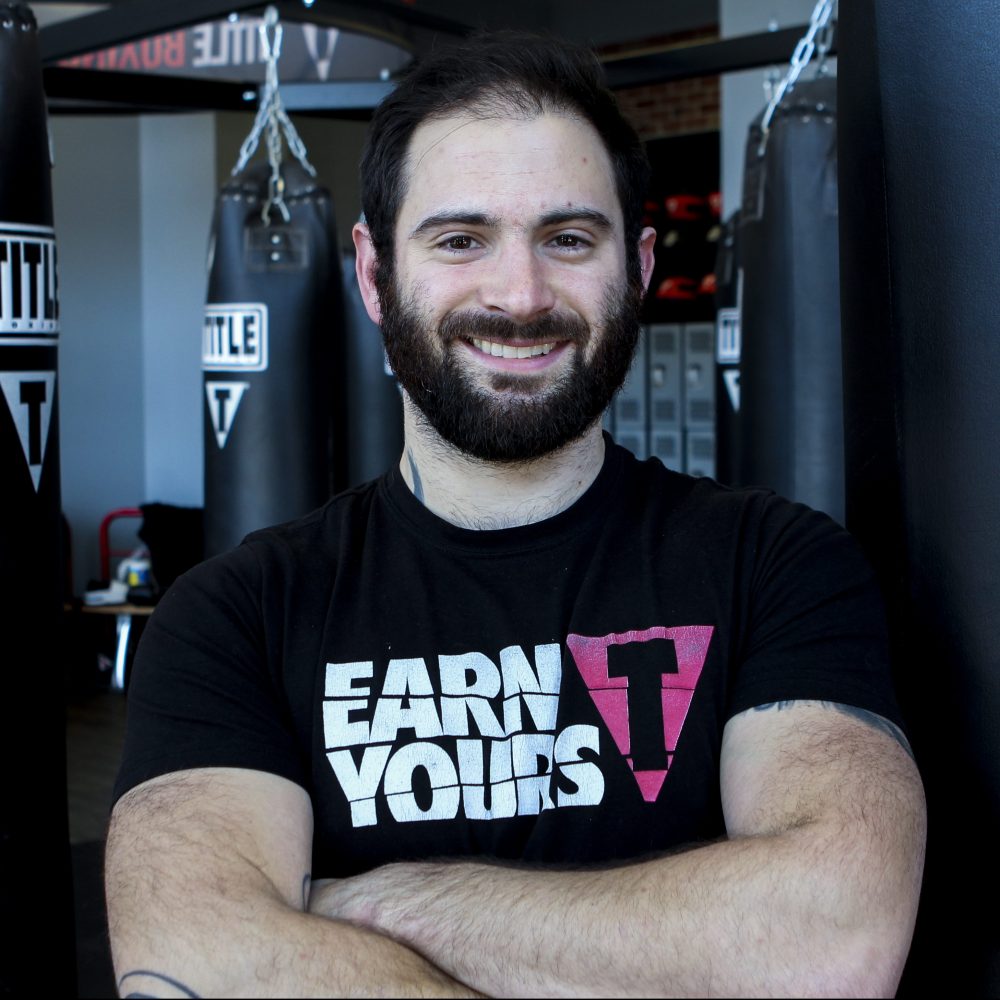 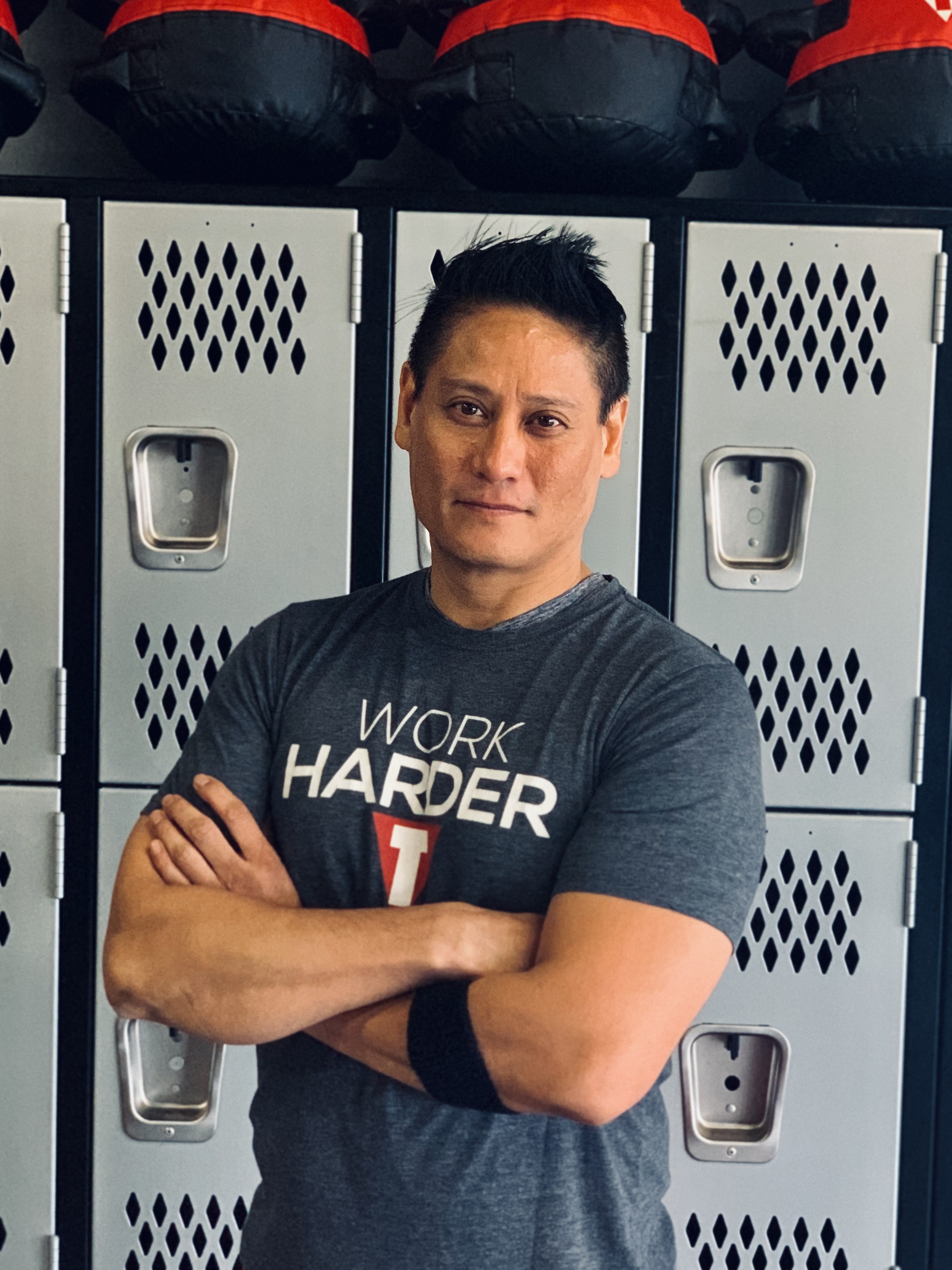 In high school, Julius wrestled, ran track & field and cross country. After high school, he joined the United States Army and directed physical training for four years in a group and personal setting. After getting out of the Army after five years, he earned his Level 1 Certification in Crossfit. Julius is currently in school for Physical Therapy and Exercise Science.

My personal mantra:
Reach long enough to accomplish all your goals and more.

My training style is:
Brave

My why:
I became a trainer at TITLE Boxing Club because I knew I could have an impactful effect on the community and member’s lives. I knew here I could help leave a mark in fitness, lives, and TITLE itself.

What gives me my fighting spirit:
My fighting spirit comes from experience and survival. Walking through a lot of dark tunnels, I have always been able to make it to the other end. My friends and family supported me thought all my journeys and continue to till this day.

Matt got into boxing as something different for a workout. After about a year of training he fought as an amateur in the Golden Gloves tournament. After his brief in-ring career ended, he came to TITLE Boxing Club for the same boxing working – just without getting hit. Matt was a member at the Highland Heights club just a few months after it opened and began training when the Solon club opened.

“I loved being a member – and you’ll still see me taking classes,” he said. “It’s just such a great workout. The rounds just fly by. And now as a trainer, I get to help and motivate our members to get the same satisfaction out of it as I do.”

When Matt is not at TITLE, he is also a high school football official and a swim team coach. But, he’s usually with his family – either just at home relaxing or at one his three daughters’ soccer games or swim meets.

My why:
Boxing is not only a great workout, but the sport is so physically and mentally challenging that it completely wipes you out - unlike any other individual sport.

What gives me my fighting spirit:
My wife and daughters

Evan played football ? and soccer ⚽ most of his life. When he was 13, he started skateboarding and did that for the next 12 years. Although he didn’t know it at the time, he broke his foot and didn’t realize it until he started experiencing terrible back pain. Because of the injury he had to stop skateboarding. Once he found TITLE Boxing Club he was able to enjoy a workout that worked his full body and gave him back the athletic confidence he lost when his injuries caught up to him. He has since become a certified personal trainer through NETA Fitness Association.

My personal mantra:
You can't have success until you have seen failure.

My why:
I became a trainer at TITLE because I wanted to help people the way TITLE helped me. I needed to be a bigger part of it- being a member of an awesome community wasn't enough!

What gives me my fighting spirit:
It comes from the thought of knowing everyday I'm not only better myself by helping others - I'm helping others better themselves.

Mike wrestled in high school, and dabbled in various martial arts styles including Tae Kwan Do, Kung Fu, and American-style kickboxing with his highest level of achievement being a Brown Belt in Judo. Before becoming a member at TITLE Boxing Club, he was stressed and overweight. Today, Mike still has stress in his life, but now has an outlet for that! TITLE has allowed Mike to get in the best shape he’s ever been in!

My training style is:
Transforming

My why:
I was an active member way before I became a trainer. I wanted to share my positive experiences with other members while adding my own flavor to the TBC trainers mix.

What gives me my fighting spirit:
Living life to the fullest instead of lingering in a rut of complacency or feeling destitute.

Chuck Wordsall joined TITLE Boxing Club in October of 2017. Before joining, Chuck had learned that his visceral fat and… Read More 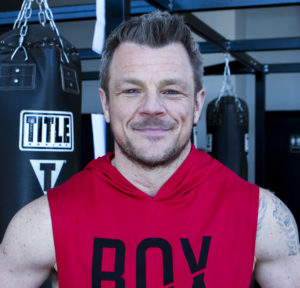 There came a point in his life when Casey was figuratively wandering around aimlessly. That path took him to the front door of TITLE Boxing Club. He took his first class as a paying customer, almost threw up, and has been in love with product ever since.

The club became his sanctuary, his weight loss center and his psychiatrist all in one. He learned a lot about his himself, pushed himself emotionally and physically through the tough times and as an added benefit is now in the best shape of his life.

As you are around town, give Casey a honk and a wave as you see him driving around in his “TITLE mobile” or stop into one of his many clubs and say hello.

Chuck Wordsall joined TITLE Boxing Club in October of 2017. Before joining, Chuck had learned that his visceral fat and metabolic age were extremely high. After running and exercising in a traditional gym setting, he decided he needed a change. He took his first boxing class led by Casey and was hooked! Despite a recent lupus diagnosis and ongoing chronic back pain, Chuck committed to TITLE Boxing Club. He religiously goes to class three times a week since joining. He has also focused on clean, healthy eating. In the months since he's been a member, he's lost more than 40 pounds and significantly decreased his visceral fat, metabolic age, and body fat. At 42 years old, he is in the best shape of his life! Chuck loves the encouragement and motivation from all the trainers. He is always telling others how great it is to work out at TITLE, and...