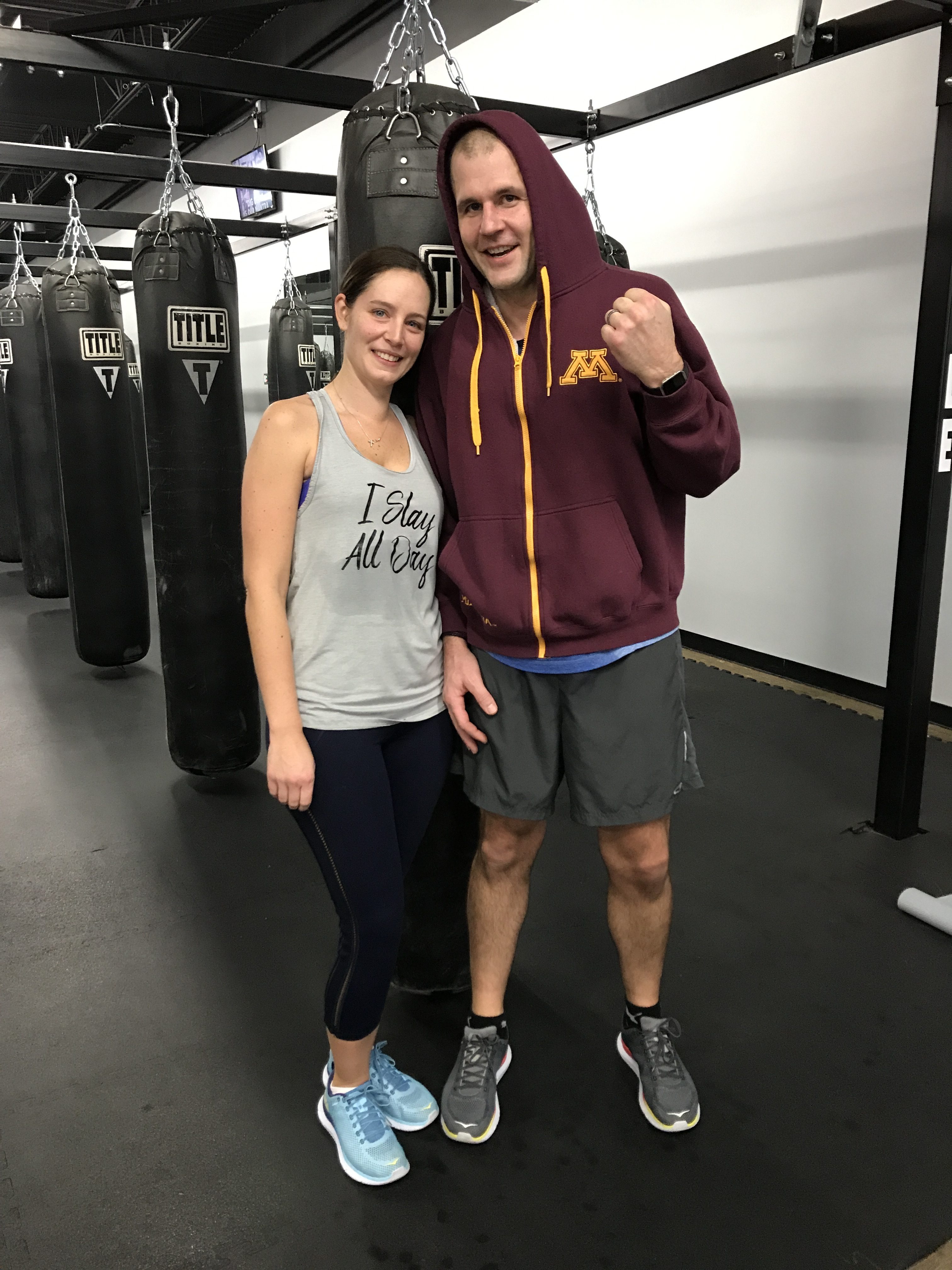 Chuck Wordsall joined TITLE Boxing Club in October of 2017. Before joining, Chuck had learned that his visceral fat and metabolic age were extremely high. After running and exercising in a traditional gym setting, he decided he needed a change.

He took his first boxing class led by Casey and was hooked! Despite a recent lupus diagnosis and ongoing chronic back pain, Chuck committed to TITLE Boxing Club. He religiously goes to class three times a week since joining. He has also focused on clean, healthy eating. In the months since he’s been a member, he’s lost more than 40 pounds and significantly decreased his visceral fat, metabolic age, and body fat. At 42 years old, he is in the best shape of his life!
Chuck loves the encouragement and motivation from all the trainers. He is always telling others how great it is to work out at TITLE, and has even recruited his wife and several friends to join as well. Committing to a healthy lifestyle, highlighted by working out at TITLE has changed Chuck’s life!