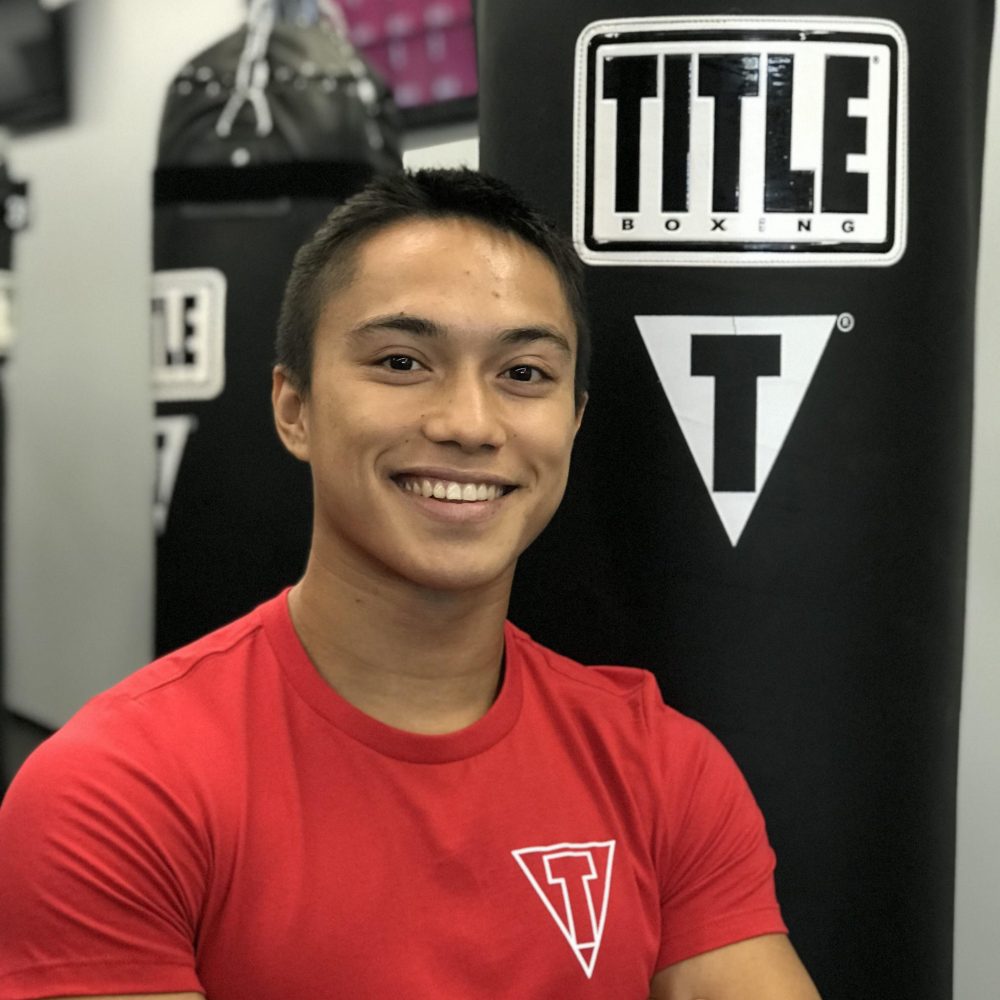 Juan started boxing at the age of 12, and by 15 he started training Tae Kwon Do and Hapkido. His training includes such different styles as Wing Chun, Kickboxing, Judo and Jiu Jitsu, although boxing remains his favorite and most practiced fighting/martial arts style.
Juan is a certified personal trainer. Juan continues his lifelong pursuit of learning from top coaches and trainers throughout the country. He brings that knowledge back to his own classes and clients.

My training style is:
Heart & Energetic

My why:
I have been in poor health, and I have been in good health. After my last battle with poor health I’ve chosen to educate others about the importance of physical health and how it transfers into other areas of their lives. I’ve learned that fitness is not something you do; it is something you live. Mental fitness, spiritual fitness, physical fitness are all things we must work on daily to live a happy, healthy and well-balanced life.

What gives me my fighting spirit:
I refuse to be defeated mentally. My body may break, quit or collapse but I refuse to be a quitter.

Zach is an experienced boxing/kickboxing instructor. As a kid he was bursting with energy and hyperactivity—a trait just begging for a suitable outlet. At the age of 10 he was introduced to Korean taekwondo, and he instantly fell in love with the beautiful kicks and movements of the martial art and the physical challenge of being a student of the discipline. After years of competing in Olympic taekwondo, at the age of 15 Zach branched off, further cultivating his love for movement in Gymnastics, parkour and free running, martial arts tricking and boxing. At the age of 17 he was introduced to Muay Thai by instructor Kru Giles. Through Muay Thai he was able to find the happy medium between using the punches and kicks as a means of learning self-defense, cultivating a strong mind and body and continuing to be a student of martial arts.

My why:
Martial arts and combat sports have taught Zach the value of life, and he will continue to train and share it for as long as he lives.

What gives me my fighting spirit:
We are all fighters in every aspect of life, and I wish to help others get to know themselves and find that will to pushing forward.

Mike Hollis was the original placekicker for the Jacksonville Jaguars from 1995-2001.  He went on to play for the Bills… Read More

Mike Hollis was the original placekicker for the Jacksonville Jaguars from 1995-2001.  He went on to play for the Bills in 2001-2002 and the Giants in 2003. About six years after he retired from football, he started having some personal issues. He was at a low point in his life and lost the motivation to workout. Even football wasn’t exciting to him anymore. He would occasionally do some traditional gym workouts but they were boring to him. He tried to simulate some of the old training routines from his football days but without actually having to play, but he felt bored and unmotivated. Maybe boxing will help. Mike had some family that wanted to try TITLE Boxing Club so he came with them and they ended up doing a two week trial to try it out. After the first couple classes he was actually feeling a little scared because they were...