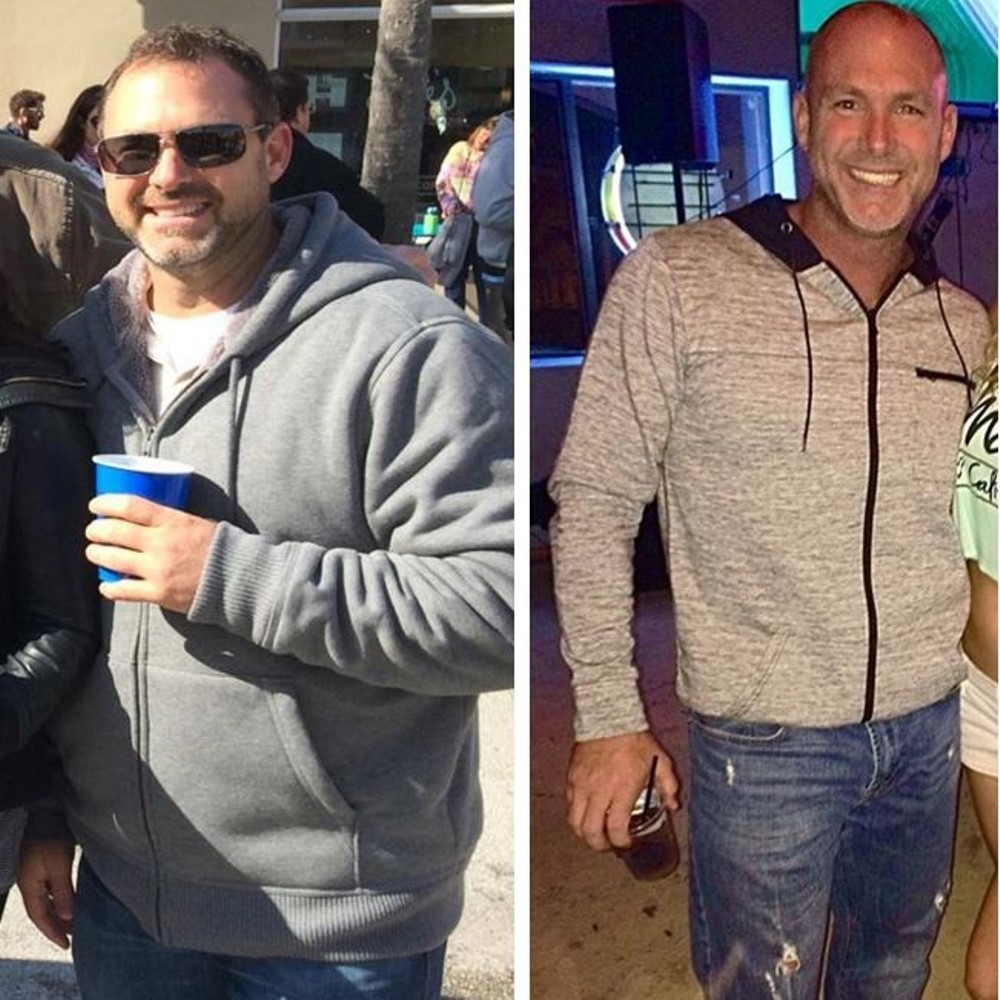 Mike Hollis was the original placekicker for the Jacksonville Jaguars from 1995-2001.  He went on to play for the Bills in 2001-2002 and the Giants in 2003. About six years after he retired from football, he started having some personal issues. He was at a low point in his life and lost the motivation to workout. Even football wasn’t exciting to him anymore. He would occasionally do some traditional gym workouts but they were boring to him. He tried to simulate some of the old training routines from his football days but without actually having to play, but he felt bored and unmotivated.

Mike had some family that wanted to try TITLE Boxing Club so he came with them and they ended up doing a two week trial to try it out. After the first couple classes he was actually feeling a little scared because they were so difficult for him. He wasn’t sure if he wanted to do something that was so difficult for him but at the time he was 20-30 pounds overweight and needed something that was going to motivate him, and shed the pounds. He didn’t feel good, he didn’t look good, and just didn’t feel good about himself. So he made the commitment to TITLE Boxing Club and to himself!

One of the biggest ways TITLE Boxing Club was able to help Mike achieve his goals was from the motivation. He was surprised by the whole process of learning boxing and how challenging it was. He said what TITLE Boxing Club gave him was an enjoyable and challenging workout. When he was younger, his workouts were always challenging, whether it was lifting heavy or crazy football training routines. Now being 44, he said he doesn’t need to be doing that anymore.

The solution for a bad back?

Mike has had four back surgeries. He needed to find something with movements that his back could handle. He couldn’t do extreme movements like what you do in Crossfit, for example, because they are too much on his back. The workouts at TITLE Boxing Club have been great for his back and he knows that if there is ever something that gives him problems, he can modify himself or have the trainer give him an alternative exercise. His back was a big motivating factor to get in shape. He knew the more overweight and out of shape he was, the more his back hurt. He noticed a lot of people seemed mislead about back pain saying things like “If I work out, my back will hurt even more.” What Mike would tell those people is that you just have to ease into it and find the workout and exercises that will help strengthen your back. For Mike, it was the Power Hours at TITLE Boxing Club!

Mike’s overall well-being is night and day from the time before he joined TITLE Boxing Club to now. He is more motivated, has more energy throughout his day, and actually looks forward to working out now!