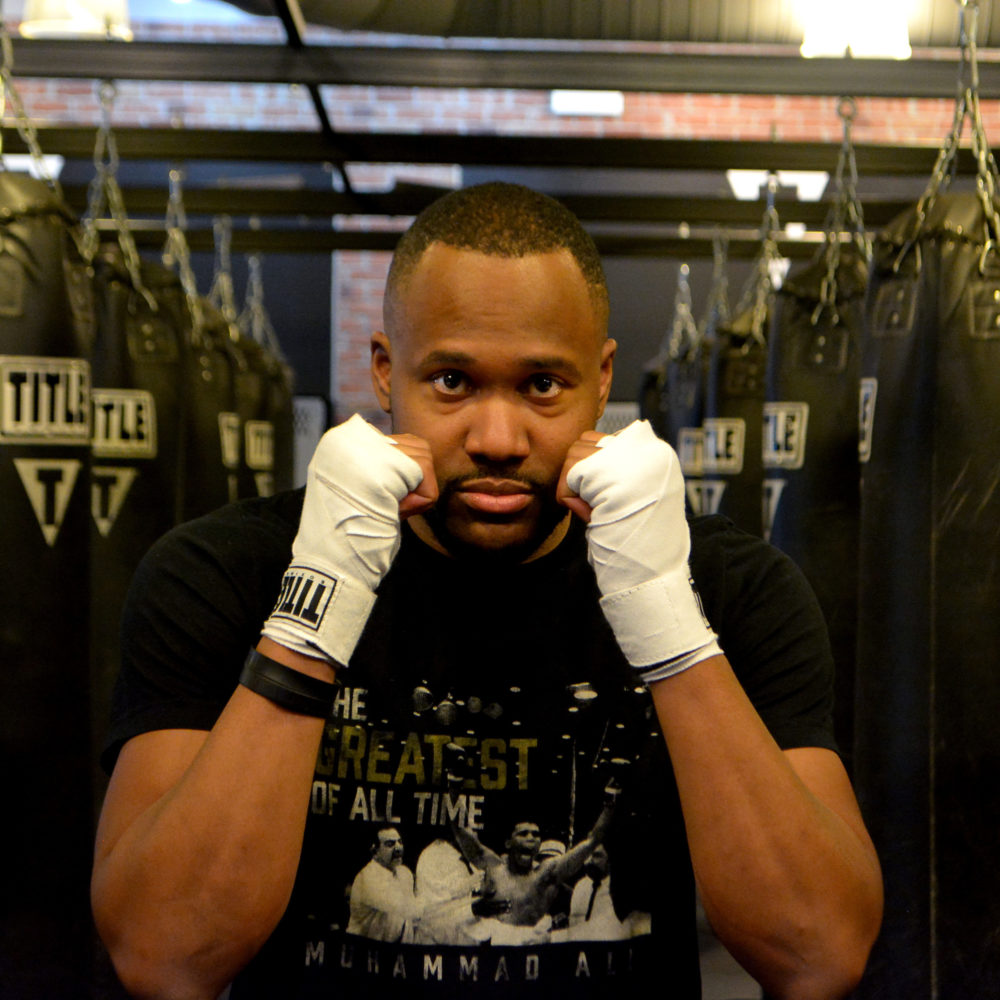 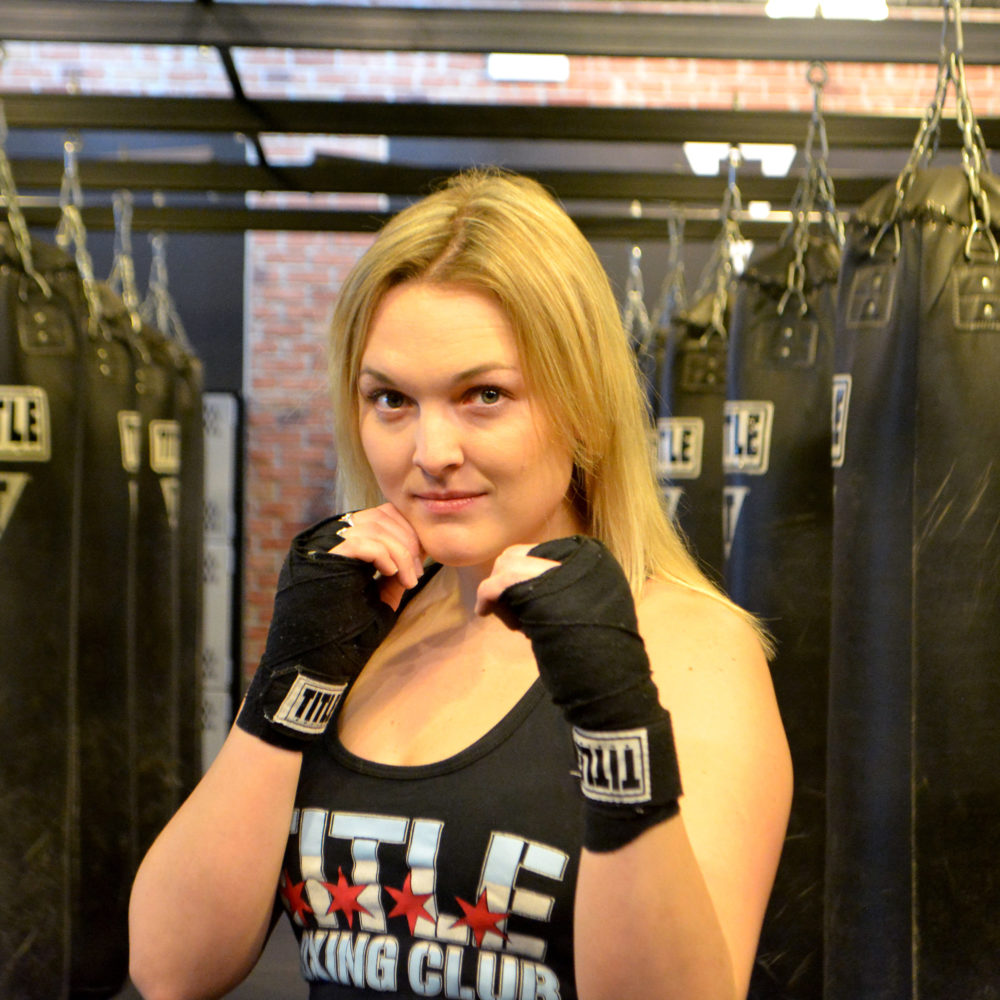 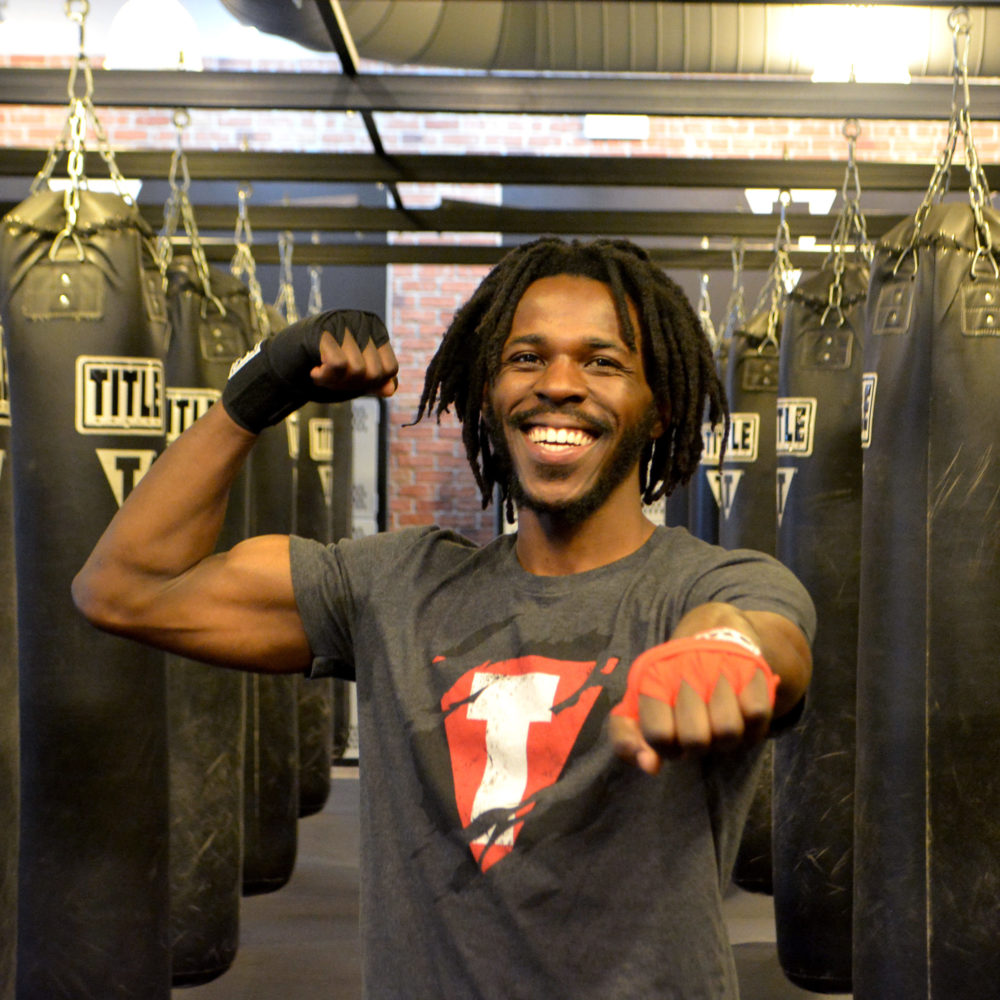 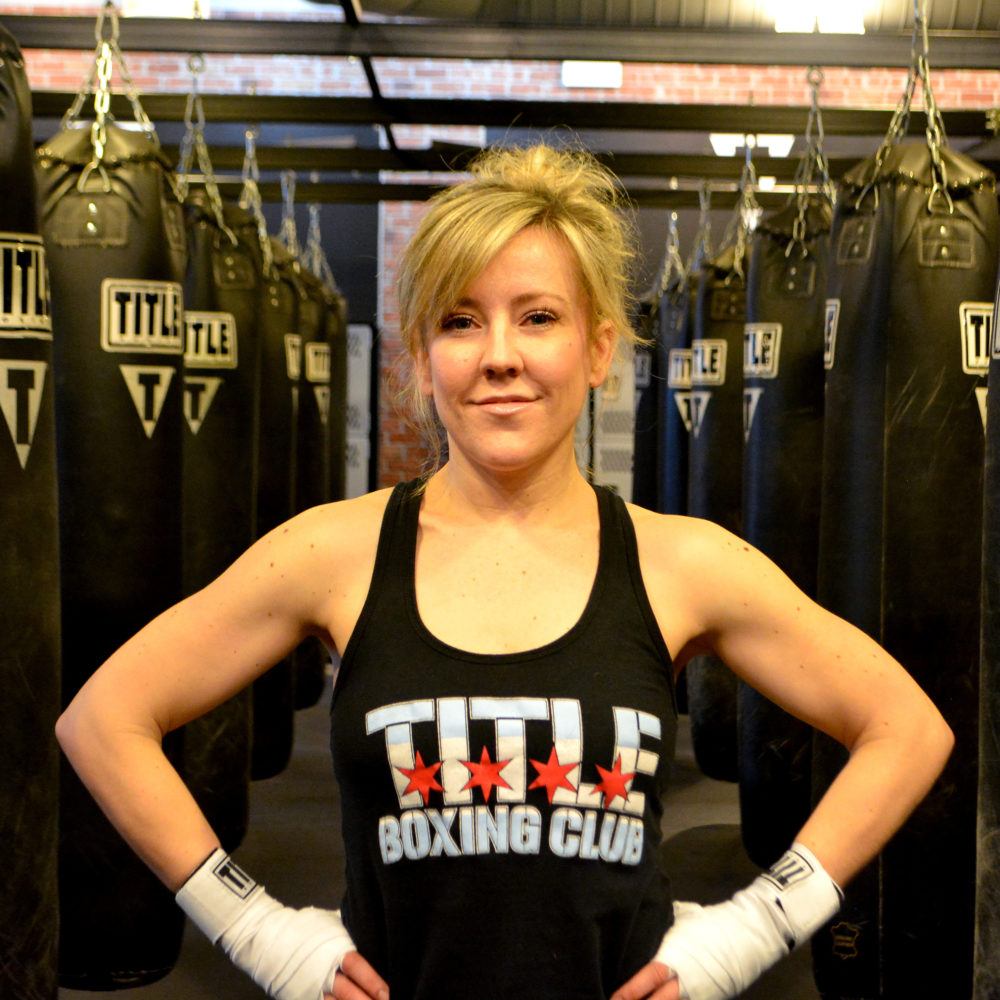 PJ started boxing when he was 11 years old at the Chicago Park District, and fell in love with the sport. He has been working in the fitness industry for 10 plus years and also works as a high school basketball coach.

My personal mantra:
Push through adversity

My why:
I became a trainer at TITLE because I love to transform lives through the sport of boxing.

What gives me my fighting spirit:
My Daughter Penelope

Becca was a dedicated member at the Iowa City TITLE Boxing Club location while attending the University of Iowa. She fell in love with the community and the confidence the classes and learning the sport of boxing gave her. Becca was bullied as a kid and struggled with anxiety. TITLE helped give her the push she needed! After college she moved to Chicago and wanted to continue to be apart of the community that inspired her and helped her gain her confidence and move past her anxiety.

My why:
My Passion to Motivate Other to be their Best

What gives me my fighting spirit:
Changing others lives for the better

Cortez is a certified trainer with a broad background including many interests. Cortez is a former college football  player with a passion for putting a smile on your face while making you sweat. He also has competed in NPC physique competitions using his love for plant based nutrition to achieve his goals!

My personal mantra:
Push past your limitations

My why:
I love this concept and the idea of it being just you and the bag.

What gives me my fighting spirit:
My family - Wanting to prove to them that anything is possible

Meredith, our lead trainer, has spent the most time of any trainer delivering the TITLE Boxing Club experience, including 4 years at TITLE Utah. She was a grade school teacher and a expert Muay Thai kickboxer as well. Meredith has traveled all over the world honing her people skills and kickboxing skills, from the Carolinas to Thailand. You can be sure to get a personable experience while getting a killer workout.

My personal mantra:
Complaining solves nothing. You have to fail to suceed.

My why:
Life isn't too short, theres just so much I want to accomplish and I'm never going to stop!

What gives me my fighting spirit:
Life

Rock Steady Boxing has found a new home in the fight against Parkinson's Disease, at TITLE Boxing Club South Loop. Owner Graham Goy and GM Justin Brown have a personal connection to Parkinson's, with family members afflicted by the disease. When they both heard about Rock Steady they immediately wanted to be a part of the movement that's giving movement back to those stricken with PD. After attending Rock Steady Training in Indianapolis, Double G and JB's eyes were opened to a new therapy for PD that not only showed results, but invigorated, rejuvenated, and revitalized hope, that the fight could be won. Graham said, "We're doing this!" With the program just starting, it has already produced some of the most incredible people we have been blessed to work with. In the photo above you'll see our "Four Horsemen" Stephen, Alvin, Jim, and Hector. These gentlemen have set the bar and...