Take it out
on the bag

SHOW UP AND SWEAT

Let’s make it happen together at TITLE Boxing Club North Bethesda. We welcome boxers of all fitness levels and are in your corner to make your first class experience easy and fun. 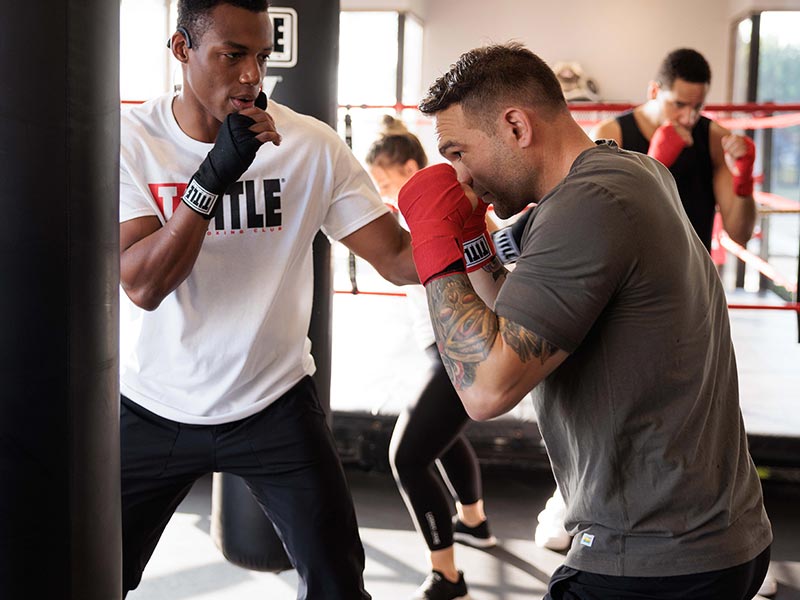 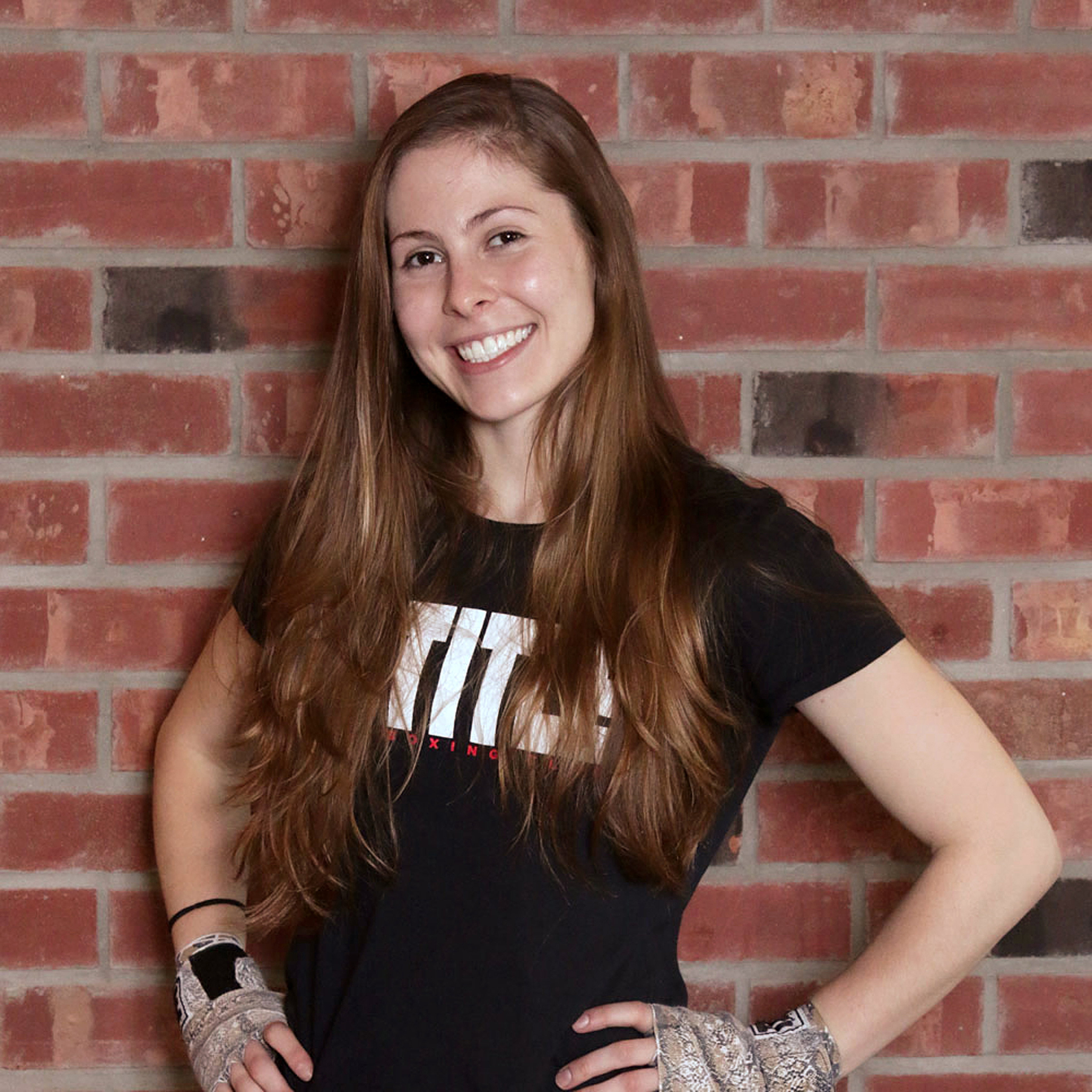 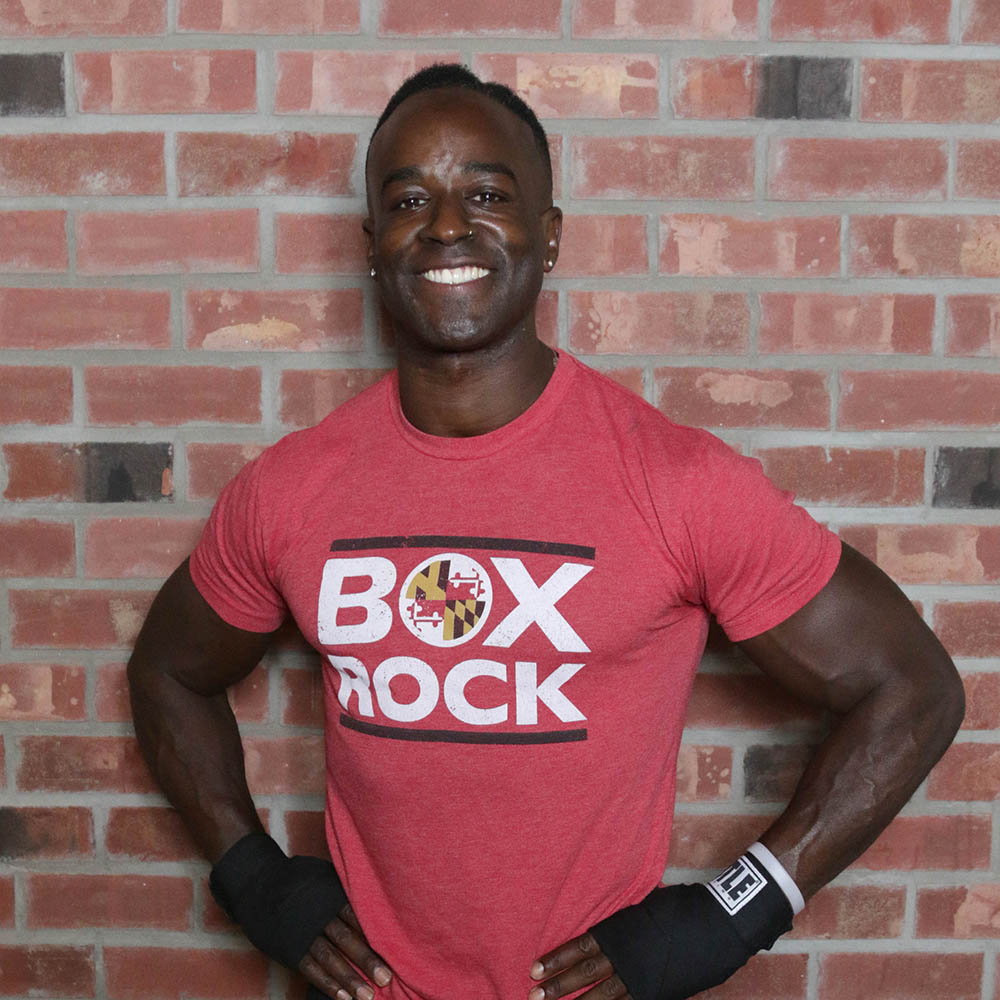 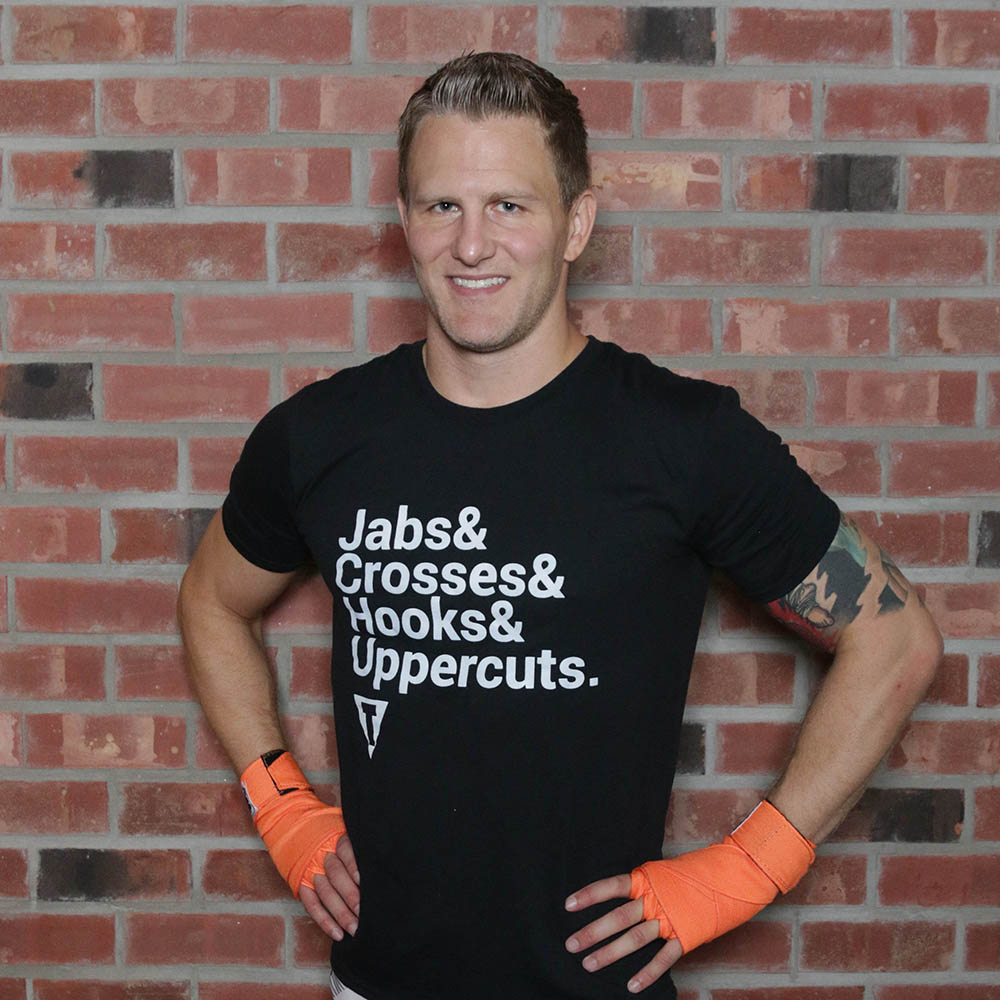 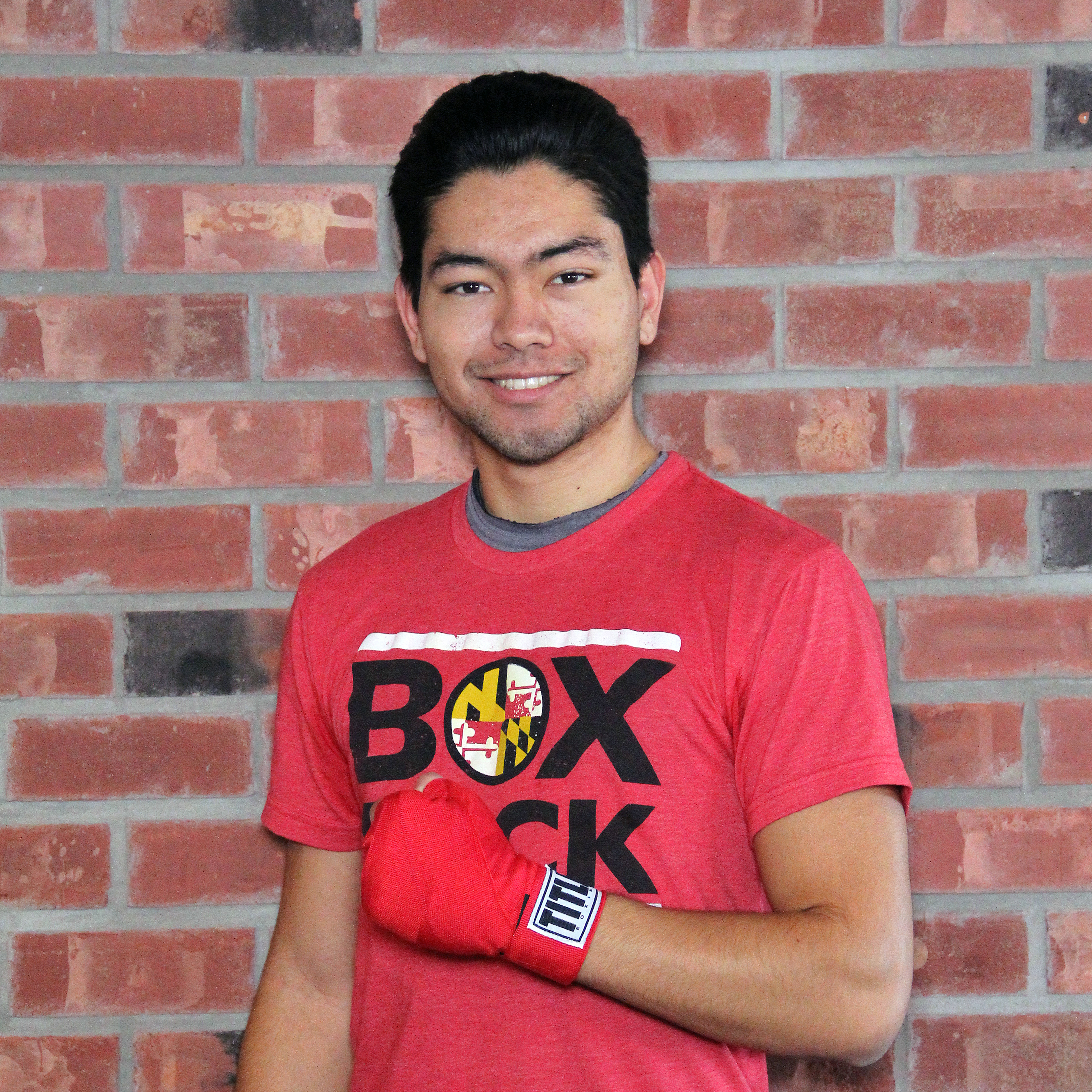 Jessica has been involved in sports and athletics her entire life. As a kid, she played soccer and ran competitively in high school. After graduating, she found boxing to be a way she could challenge herself even without competition. After she finished college with a new found passion for fitness and boxing, she pursued a career as a personal trainer. Jessica loves to push her clients to excel and be proud of accomplishing things they never thought they would be able to do. Jessica graduated from the University of Maryland, Baltimore County with a bachelors in arts.

"There's always more to give when you're tired!"

I became a trainer at TITLE Boxing Club because of my passion for the sport of boxing and being able to teach others to workout in such a fun and intense way.

My fighting spirit comes from wanting to learn and improve on my skills while helping others work on theirs.

His name is Spencer, but he is known as Spence, also known as “Swoletron”.  He has been in the fitness industry for 7 years, with experience in one on one training, boot camps, and six bodybuilding shows under his belt.  He has always been athletic, but gained weight in his mid-20’s due to poor choices with his diet and nutrition. He started working with a trainer and got into the best shape of his life to that point. He realized that fitness and health were passions of his, and he had the opportunity to begin training, which opened so many doors over the years, including Muay Thai, bodybuilding, and TITLE Boxing Club North Bethesda.

"Good is the enemy of the best."

The adversity I've overcome being overweight and underweight, which have shown me what is possible through hard work and determination.

Scott has always been very active and finds it hard to sit still for very long.  As a youth, Scott played soccer, basketball, football, and eventually competed in Track & Field and Cross Country.  In 2003, Scott began training in Muay Thai and Brazilian Jiu Jitsu.  He competed in Muay Thai from 2006 – 2012.  During that time he was fortunate to fight in various promotions in New York City, Philadelphia, Fairfax, Richmond, and Orlando.  Scott’s top achievement was qualifying and competing on the World Kickboxing Association’s U.S. National Team in 2012.  Scott has since hung up his competition gloves, but he remains active as a fight coach, Muay Thai instructor, and practitioner of Brazilian Jiu Jitsu.

"Get up and train! Your opponent already started."

Muay Thai and Boxing have provided me with a skill set and level of fitness that have proven to be unparalleled. I became a trainer at TITLE so I can share with others what I have benefitted from, and hopefully change their lives in the same positive ways.

I'm genetically predisposed to cancer, strokes, heart attacks, diabetes, and high blood pressure. Through a clean diet and a rigorous workout routine, I will fight to be the first in my family history to not succumb to a preventable misfortune.

Gerard has been involved in boxing since he was 5 years old, back when he would hit a 15-pound Bugs Bunny heavy bag and used Tasmanian Devil gloves. He eventually joined the boxing club at University of Maryland, where he became a central figure in leading workouts and teaching new members the fundamentals of boxing. In addition to boxing, he also competed at the national and international level in tennis.

I chose to become a trainer at TITLE to show that boxing isn't just about who can fight better or who hits harder. Boxing is the greatest workout in the world and I want to introduce it to as many people as I can.

It's in my blood and DNA. I'm a fourth generation boxer, going back to my great-grandfather and all his brothers.

I cannot recommend TITLE enough! The classes are fast, and fun and they play great music. Stop by to try a class and you’ll see why so many people love TITLE Boxing Club!

I joined TITLE Boxing Club because I wanted to gain confidence. Now, I feel powerful and it’s a blast learning to throw a punch. This has been so much more than just a boxing class.

Great workout head to toe – cardio, muscle building, losing weight…it’s all right here. And the camaraderie you build with other members is second to none.

Workouts are fun and taking your stress out by hitting a heavy bag is awesome.

I love this place! I had wanted to try boxing workouts for a while, but I was intimidated. I finally checked it out and I’ve been going ever since! Super fun and engaging workouts.

How To Wrap Your Hands For Boxing

Hand wraps are an essential piece of equipment for any heavy bag boxing workout, and this is especially true when it comes to classes offered at TITLE Boxing Club . These small but mighty pieces of gear provide crucial support and protection for your hands, wrists, and knuckles, helping to prevent injuries and improve your […]

How To Stay Consistent With Working Out

New to boxing? Fill out the form and we will be in touch and get you scheduled for your class.